There is no doubt that this isn’t the first time you hear of Airhead and that’s because this right here is a brand that has taken over the industry of inflatable paddle boards.

Recently, this brand has introduced their latest and greatest addition to a dignified line of paddle boards and this one goes by the name of Airhead Rapidz 1138. Let’s check it out… 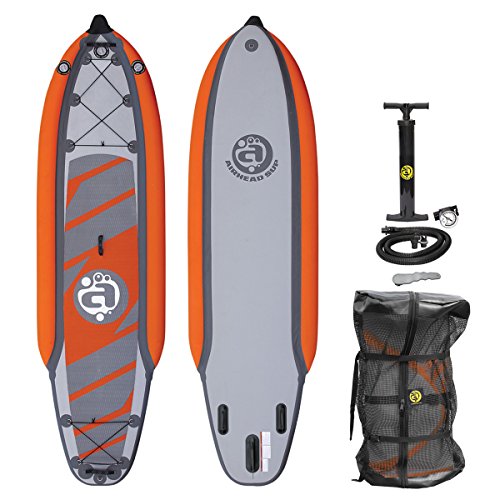 The Airhead Rapidz 1138 is considered to be one of the largest recreational inflatable paddle boards out there, kicking at the 11.6 feet barrier. 11’6″ in length might not sound like much on paper but trust, you’ll learn a lot about humility once you stand by this board.

The length of the board however isn’t just for show because it is meant to define performance and user compatibility as well. Concerning the latter, 11’6″ is usually considered to be a good match for young adult and adult paddlers whereas younger paddlers match better with smaller boards.

Concerning performance, you should know that the longer the board the better because length can positively impact building speed and stability.

Beside length, width is also quite the influence on the board’s performance. The Rapidz 1138 measures about 38 inches in width which is enhanced due to the extra air chambers; one on each side of the board. This right here is your prime indicator that this is a board that is designed for relaxation and mainly for beginners. So, keep that in mind before you make the purchase. Width however is pretty useful as it significantly improves the stability of the board even in wild current. Also, feel free to lie down and take a nap on the back of the Rapidz 1138 as it will not capsize except in wavy water.

The thickness of the board is harder to measure in this case due to the air chambers but the manufacturer claims that this board stands at 4 inches in thickness which could’ve been better especially for a board this large. Nevertheless, the worry that this board might bend at the center under excess weight is reduced by the extra air chambers which fortify the core structure of the board and make it far less vulnerable than regular inflatable paddle boards. Extra air chambers are not a bad idea after all especially if you’re a beginner.

Arguably, Airhead is amongst the few manufacturers in this industry carrying a clean record when it comes to the quality of their products and the Rapidz 1138 is no different. This right here is a board that is completely made of military grade PVC material which is as tough as crocodile skin and as flexible as your alibi when lying to your significant other.

Quality of build material isn’t everything however which is why Airhead thought it would be a good idea to fortify the quality of the board via an industrial drop stitch construction instead of cheaper and less reliable glue.

Simply put, the Airhead Rapidz 1138 is made to defy all of the elements and scenarios it will be faced with in the real world and that is especially important for inflatable paddle boards because the last thing you want is a board that gets punctured every time you take it out for a ride. 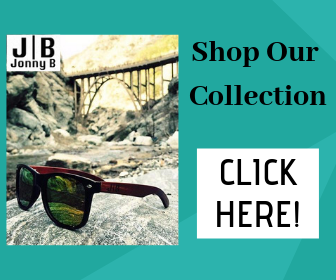 The best aspect about the Rapidz 1138 has got to be the robust build and material quality. However, that doesn’t take away from the fact that it also features some of the most useful and practical features you can find on a paddle board. Without further a due, let’s take a look at the Rapidz’s most prominent features: 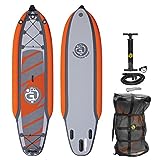 Packaging is often seen as a big deal and especially for inflatable paddle boards because a package can make a huge difference, depending on what it contains. Fortunately for you, the Airhead Rapidz 1138 is not going to let you down because it comes in a complete package.

As far as performance is concerned, it must be noted that this is a recreational board which is strictly enhanced to assume the needs of beginning paddlers. With that said, the board might not be able to reach up to competitive boards but it can definitely give you one hell of a ride.

Hi there! My name is James and I am the owner of WavesChamp.com. I am a huge fan of paddle sports such as kayaking, canoeing, and stand-up paddling and I particularly love the convenience that inflatable stand up paddle boards and boats offer.I’m always striving to provide the best up-to-date information about stand up paddle boards,tips, and reviews of the best stand up paddle boards on the market. If you ever have any questions, please do not hesitate to contact me, I’d love to see how I can help out!